Tech the Halls with Boughs of Holly

Twas the eve of December 8th, 2016, Tech in Motion DC was seated, Timmys winners not yet seen.

The campaigns were done, the votes were tallied. The races were tight, with a few last-minute rallies.

Before the winners could be announced, SHAWN DUBRAVAC took the stage to read them a poem and leave them amazed.

Half cultural zeitgeist, Half yearly retrospective, with only a mic in hand, some favorite moments were selected.

From 2016 and the year after too. With permission granted, we’re sharing it with you.

Whether you read it fast - Or choose to read it slow - we hope it enthralls you, please read it below:

We relied on online polls
that showed Clinton for the win
but when we woke the next day
the headlines left many, scratching their chin

Apple also launched a new iPhone
Now available in matte black
But can someone tell me why oh why
they had to remove the old headphone jack?

Bumble, tinder, and others
Had us swiping left and right
But when it came to digital dating
Netflix and chill stole the night

Do more and be better than you were in 16
shout in the streets and down the halls
a very Merry Merry
Merry Christmas to All!

Well there you all have it, from all of us on the Tech in Motion team.

Ring in 2017 with Tech in Motion in your city. Find an event to attend here. 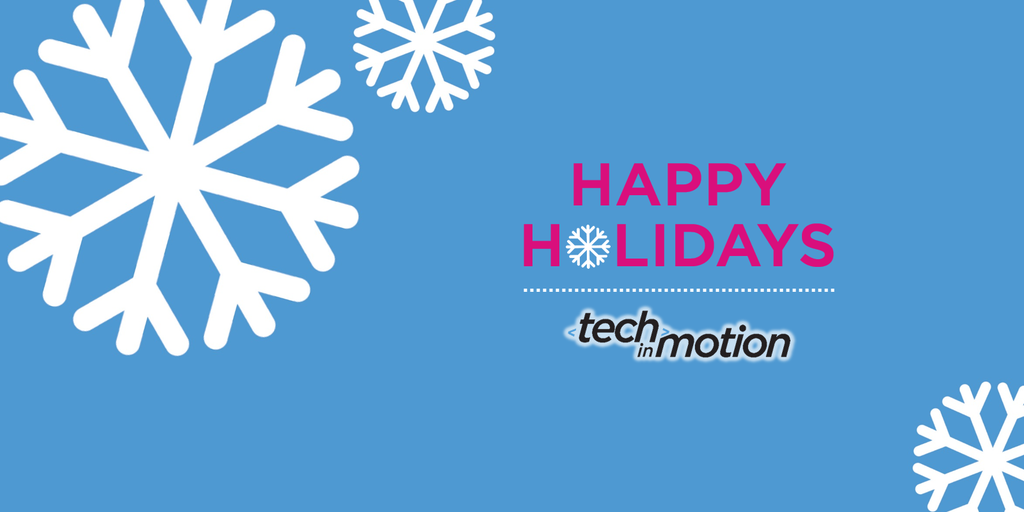