Citizen Developers in the Digital Transformation Age: IT without IT? 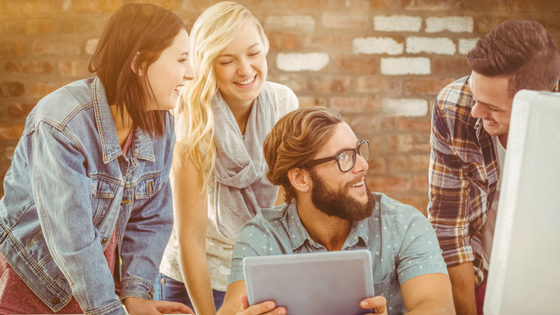 In today’s digitally driven economy, IT has become the lifeblood of enterprises and startups inside and outside the tech industry. Being a business now requires digital transformation...

...it also requires many people across organizations to be able to design and build applications that help move information to the places where it is needed. In essence, IT has become much bigger than the role of IT professional or software developer — IT has become the business.

To understand this trend, Tech in Motion's sponsor for the Digital Transformation Panel Event, Kintone, partnered with Unisphere Research to survey over 300 business and IT leaders from organizations of all sizes and across many industries, including the public sector, technology, banking/finance, healthcare, and more, to examine the progress of citizen developers within today’s enterprises.

This was re-purposed from the original blog, read it on Kintone's blog: The Rise of the Empowered Citizen Developer: Is IT possible without IT?

Some of the most surprising results include:

“The results of this new research confirm what we’ve been hearing from our customers,” said Dave Landa, CEO, Kintone. “While working within IT policies and guidelines, business developers are empowered to create the applications they need to be successful more quickly, and beyond that, build workflows to help team members work more efficiently together, no matter where they’re located.”

"Our survey results show that business users simply can no longer afford to wait for their IT departments to come through with applications or services they require to make decisions,” said Joe McKendrick, lead analyst, Unisphere Research. “Don't blame IT -- they have their hands full with mandates to pursue digital transformation while at the same time trying to stay on top of security, manage data, and provision for growing workloads. We're now entering an era in which many users have become both creators and consumers of technology solutions.”

Sign up here to participate and win prizes in a low-code / no-code workshop on June 21st in Dallas!

Low-Code Policies and Obstacles to Adoption

According to responses to the questions on the obstacles to employing low-code application development, 61 percent of IT professionals cite data security concerns around non-IT development, while only 35 percent of non-IT managers say it is an obstacle. Insufficient governance of applications also stands out in IT managers’ minds, cited as a concern by almost half. Only 25 percent of business-side managers worry about governance.